Menu
Log in
Register
You are using an out of date browser. It may not display this or other websites correctly.
You should upgrade or use an alternative browser.

Status
Not open for further replies.

What is your gametime? (Post a screenshot): 2 weeks 2 days and 20 hours 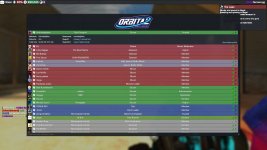 How many warnings do you have? (Post a screenshot):none 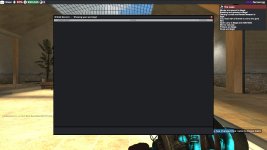 How many Softbans/Blacklists do you have? (Post a screenshot): none

What is your current Police rank?: Inspector

What is your current SWAT rank?: Lance corporal

What are your other ranks? (Detective, undercover, etc.): Detective

Why do you believe that you should be a Commissioner or Commander?: I should be a Commander because of my skills in working as a team and training new players I am always trying to find way to make the PD a better place like training probational constables so they do not leave the doors unlocked all the time or joining patrols and doing my best to relay info and take down crime , whenever I play as PD/Swat I am always active in going to 000 calls and keeping the city safe. I am very useful in raiding bases and leading a team. I have meet so many great people in PD like Jack stone, TerrA, Hotrod, Indigo, Bux just to name a few and I want to be able to give back to this community by hosting trainings/Patrols and growing PD and Swat to greater heights.

Explain what you would be giving to the community, once received this role: I would be heavily active on the commander role and would give it my all to insure that PD and Swat continues to grow and be better place every day, I would hosting fun and engaging trainings and patrols so that PD and Swat are always ready for whatever is thrown at them (and having some fun while doing it ), I would also talk with fellow officers about things that they want changed in PD so I could bring it up with other Commanders and Commissioners to make PD the best it can be. I would continue to train probational constables so that there are a constant flow of new people joining PD meaning that there would always be officers on to enforce laws and greaten RP on the server. all of these things are what I will do to insure that PD stays a fun, active and productive place!

What are some qualities that make you stand out from other Police Officers?

some qualities that make me stand out are

Do you agree not to abuse or misuse the powers given?: Yes I would never miss use my power

Do you agree that your powers will be stripped completely if misused?:I completely agree

Thank you for reading my app!
If you have any questions or things you would like to say about my app contact me here at unboltedglobe#4047 on discord
Last edited: Jul 22, 2021

Very calm person, good knowledge of the PD rules, respectful, never had a bad situation with him involved and I feel as though you are fit for this position.

Nanni Henion said:
-1
you dont have a mic and I don’t see you as mature enough for this role
Click to expand...

I disagree with this entirely, Unboltedglobe may be young but his level of maturity is far beyond some of the older players.
My own personal interactions and private conversations with Unboltedglobe have been great..
What I think is immature is bullying someone for their voice, which is why Unboltedglobe doesn't use his mic very often. He does use the mic when he is playing important police roles and I've seen that myself.


Nanni Henion said:
-1
you dont have a mic and I don’t see you as mature enough for this role
Click to expand...

As above, I can confirm he does have a mic and does use it.
If you want to accuse someone of being immature please support it.
Unboltedglobe is already a very high ranking officer, he wouldn't have got this being "immature"

Now, to my reply.

The way Unboltedglobe presents himself is fantastic to see - it really adds to my roleplay experience!
I met unbolted on Iconic and as an experienced RP player myself, I taught Unboltedglobe everything I knew, he's become a respected and trusted member.

He gets around with his gun holstered down, walks and observes player interactions - doesn't come across pushy or manipulative.
He follows the PD rules religiously.
His time and effort training probational officers has been noticed.
He takes PD events seriously and is always present.
I've had a few raids with Unboltedglobe and its always been well organized.
He takes the lead when it comes to sticky situations, his experience in PD is a huge factor for this.
Very active on discord which is important for higher police roles!
His punctuality and the way he spends time writing forum posts/discord announcements is a huge +1, this is shown in the effort he's put into this application.
Ability to work as a team has been previously demonstrated.

I really hope you get this role Unboltedglobe.
This is the next big step for you.
You've proven yourself previously and I've never been wrong about you.

good luck to you man, i think you deserve it

Staff member
Accepted
Congratulations on your acceptance!
Message TerrA#1133 on Discord for your training.​

Status
Not open for further replies.