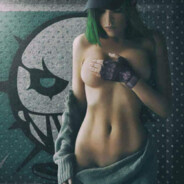 Do you have a working Microphone?: Yes

What is your server time? (Post a screenshot): N/A

What are your active days/times on the server?: All Week, Afternoons

How many warnings do you have? (Post a screenshot): N/A

How many Softbans/Blacklists do you have? (Post a screenshot): N/A

Do you have any previous or current experience? (Provide examples): I have extensive experience in leadership positions such as -

Colossal Gaming - ARC Sgt under the command of Derelict (Different Derelict), I then transferred to 327th as its CO (327th was a Dead Regiment at the time so I asked to revive it and was approved), I was unhappy with leadership in ARC at the time.

Colossal Gaming - 327th Cpt I was the CO but not the rank of Commander, after the regiment was back up and running I transferred to CG/Shock at a lower rank (I believe it was 2ndLt).

Colossal Gaming - CG/Shock Maj I was under the command of Fox (Known as Temuera), I later became the commander as Fox left and I became the CO of CG/Shock.

There is a few more communities including ones I managed and owned myself but I think this should cover it.


Why do you believe that you are deserving of a commanding position?:

Throughout the years of playing Gmod SWRP I have been apart of many communities and had many opportunities to be apart of so many different regiments and I have learnt a lot during those times, I was given a lot of chances to lead in many scenarios and situations and some challenged me more than others, some made me want to pull my hair out but despite the good or bad, challenging or not, it taught me a lot and changed the way I played and reacted to new and old players and it changed the way I roleplay and deal with certain situations, and I feel like taking lead of a commander position especially Security can benefit the community a lot because for one I have had the experience before and two I approach situations carefully and logically, not only that but out of all the regiments I have been apart of, only one ever draws me back and its always Security, I feel like its because I want Security to be done right and for people to be treated equally and fairly and I hate abuse of power and corruption, I also want to set a good example for everyone within the community as well be liked somewhat even though that can be hard as CG/Shock as no one likes getting in trouble or being punished, but it is a necessary job and I enjoy it. Quite often I look back on all the memories I have had and sometimes I wish I could relive them and do better than I was capable of at that time wishing I could do it better, but despite the mistakes I had a good time and learnt a lot and I'm hoping I can make more memories like the ones I already have.

Explain your ability to work as a team and be a leader. (Using examples):

When I think back to how I was leading and treating those under me, I always lead with a fair but stern attitude and I always pushed my troops to reach for higher goals whether that was improving skills like Communicating, Shooting, Leading, Discipline or even achieving a position with Special Forces such as ARC or RC, I was always motivating my troops and congratulating them on job well done or achievements they had made, I always encouraged people to step up for leadership and learn new things. When it came to discipline I made it known that I was okay with people having fun but there was a time and a place for it, but when it was time to be serious I expected just that and I made it known that I would not tolerate certain behaviours and there would be consequences for their actions, the severity of the consequence depended on the actions that were made, I liked to lead with a stern and strict but fair attitude, at times I would have been seen as cold and harsh, but at others times I would be seen as calm and chill which is when the fun and not so serious time is allowed, which this is way I like to lead, I can be flexible when I need to be and unwavering when it calls for it. I also like to help guide and teach those who are new or even experienced players who are willing to learn, I want to be able to help the community grow and develop and be a good role model for the community.

What qualities will you bring to the server as a commander?:

I believe in learning by making mistakes and reaching out for help, I believe that when it comes to misbehaviour that a stern approach works best in most cases, being a good example for the community and showing that you are approachable and willing to help those who need it, also providing a safe environment for the players, making people feel valued within my own regiment or others, making sure there is no disrespect between regiments and players, everyone deserves to be treated with respect and like a human being. I want to be able to motivate and push people to learn and achieve new things.

Why should we choose you over someone else for this commanding position?:

Because I am highly motivated and willing to take on this position and provide knowledge and safety to the community and those around me, I want to be able to share my experience with others and provide a regiment where they can learn new things and they can help provide a safe and happy environment to the community as well. I have a lot of prior experience with both Semi-Serious and Serious Clone Wars RP and a few Imperial RP Servers, and it wouldn't be my first time running Security, I would be stepping back into old shoes with a new community, and I also have a great attitude towards the role and the roleplay that will be shown.

Do you agree not to abuse or misuse the authority & tools given to you as a commander?: Yes

Do you agree that your position will be stripped completely if misused?: Yes

Do you agree to follow all expectations expected of you?: Yes

What commander position are you most interested in applying for?: Security such as CG/Shock or 5th Fleet
Last edited: Jul 20, 2022
Reactions: KeyZTV

Whilst on Superior, Ranch and Colossal; I was able to witness Tempers way through each servers life.

On Colossal, Temper and his buddies first joined my 212th, Temper wasn’t one of the most happiest of troopers and had lead me to demote him at one stage, in rage the man got angry, annoyed and stubborn. After a couple of minutes he had collected his feelings and cooled off before approaching me and apologised to me. He left my regiment shortly after and became to be known as the Old Fox, as he had so much sway on his old troops.

RanchRP was set differently, Temper and I were close friends, chums if you will. I had called him up and told him about a new server, “Azzy(Derelict), Vlka, Skel and I” and a few others have stubbled across on. Temper had helped me in so many ways on that server, either being able to show more face to the trooper we commanded to even having to take over the regiment whilst I was gone.

Then onto Superior, after a few years have passed, Temper and I keeping close contact as really good friends. I had spoken to him how I had never experienced a server like this before, briefly after he had joined me, passing through one of the hardest tryouts I have ever done before, better then I did and got in on his first attempt. Temper enjoyed the server for a little while as he felt he was improving, scratching up on his skills and making them more defined in stead of ridged. Temper able to find his footing not only in ARC, but with in the CG; he was known as a fair and nice security detail, he learnt new ways to enforce the rules of ERL, LS and even MHB. He always had a keen eye for improvement.

If you get anything from this, it is that not only is Temper, Derelict and I close but we all have seen each improve so much in everything we do, I am not one who enjoys beating around at the bush, but if this man doesn’t get a chance to lead with all his experience, it would baffle me. I wish Temper the best of luck in what ever way you sway to.

A-77 Fordo
Reactions: Temper and KeyZTV

+Support. This man has adapted to any position / situation he has been in where it proved him discomfort. he would push through and lead his predecessors and change them into great leaders / community members.
Reactions: Temper and KeyZTV

+1 I believe a lot of effort has gone into making this application I personally like the past experience. Goodluck
Reactions: Temper

I appreciate the amount of effort you have put into your application.
And look forward to speaking with you pending an interview.
Should you be successful, it would seem promising.

Best of luck with your application.